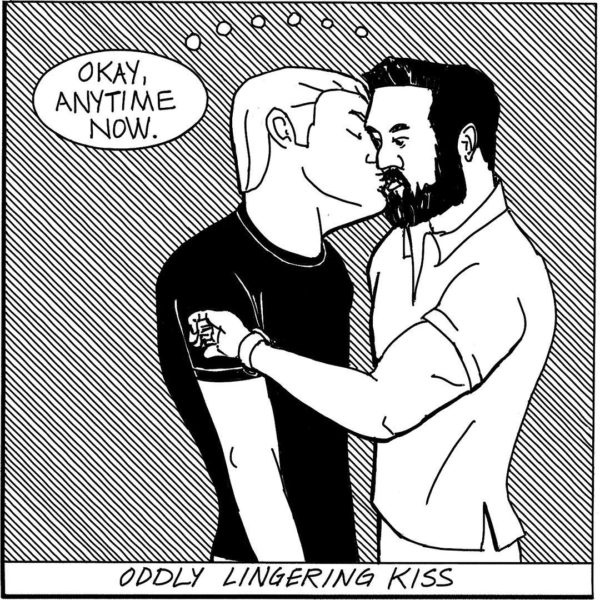 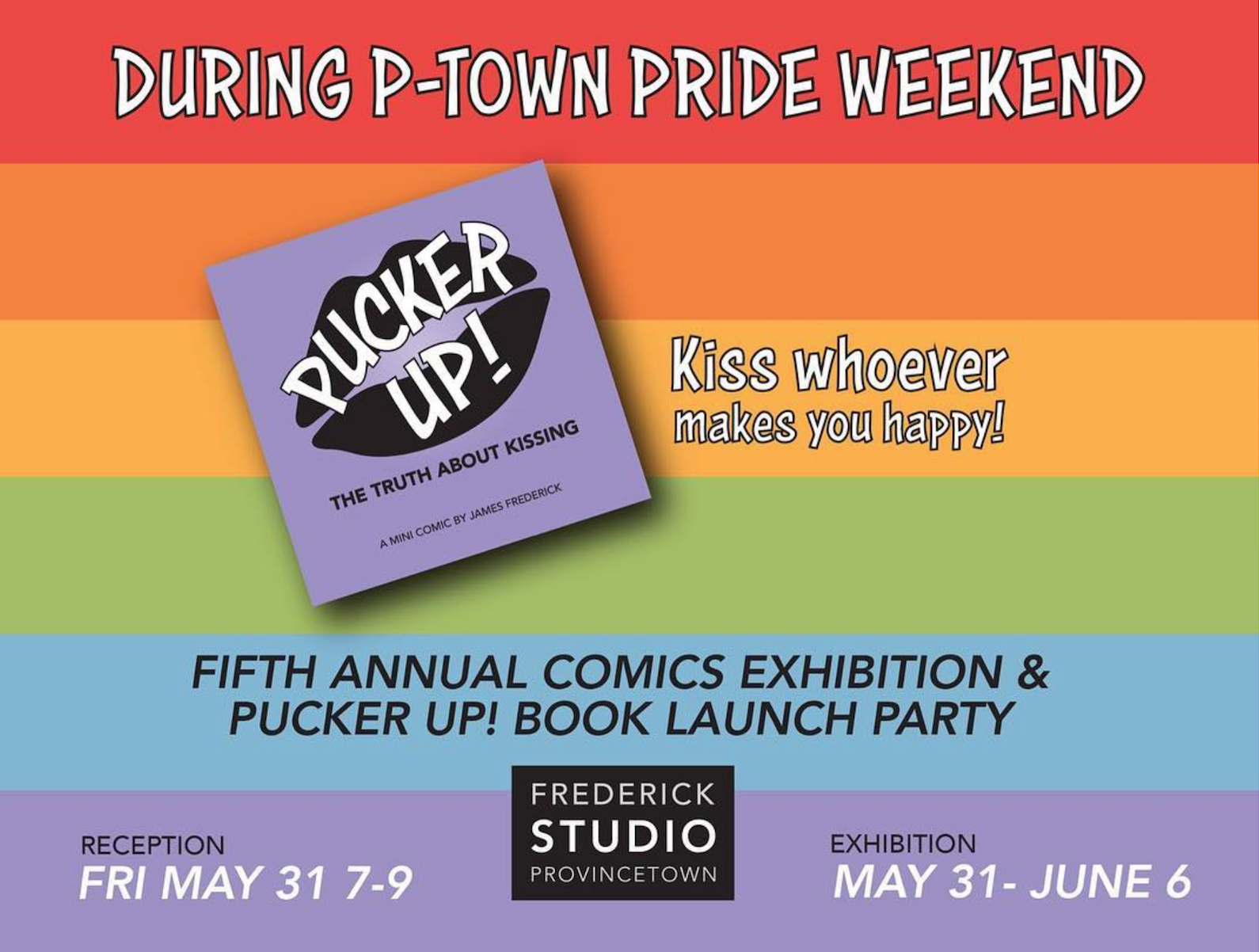 James Frederick queer painter. illustrator and cartoonist is celebrating PTown Pride at his Gallery in the Town center with a invite to PUCKER UP FOR PRIDE. Based on his latest comic book he will be encouraging people to pucker up with him and/or their significant other as part of the Pride Festivities. He told QUEERGURU all about it 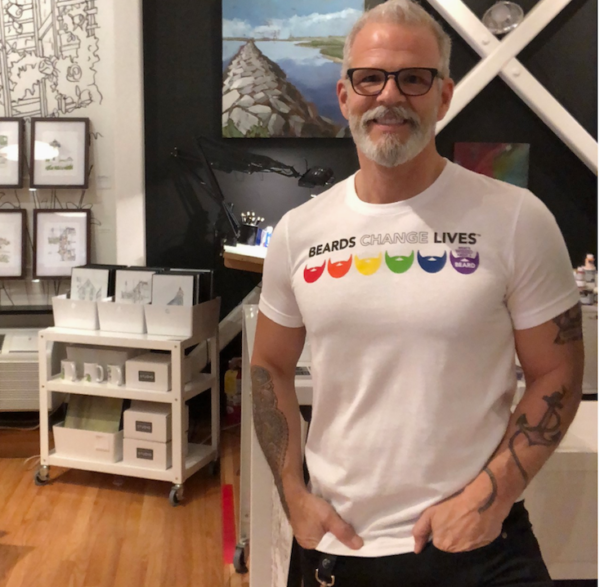 Provincetown has long been home to a colony of very successful artists but not all of them now are from the ‘old school’. James Frederick is part of new breed of creatives in town whose work crosses boundaries with his abstract landscapes on one hand and his hit series of gay mini-comic books on the other one. Last time we interviewed him via Facebook we were inundated with fan mail …… and some of it was even about his art. So we visited him in his studio to see what he’s working on now.