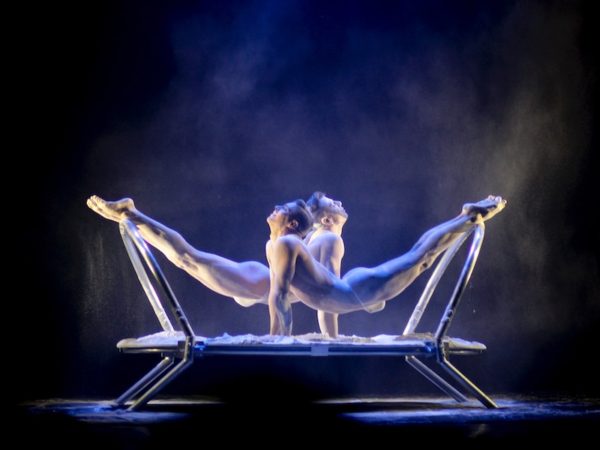 “AirOtic” is a sexy and sensual circus style show which was conceptualized by Stephane Haffner and Kyle Kier a gay couple who famously got engaged live on Italia’s Got Talent. Produced in conjunction with Matt Farber (the Founder of LOGO)  this magical LGBT show is empowering, electrifyingly hot and sexy, but also absolutely romantic too.

Immediately after the show’s PTown debut Stephane talked to QUEERGURU about the show which in just a few days has became THE talk of the town, and has already raised the bar for summer shows here.

The interview conducted by Roger Walker-Dack and was filmed by Dan Desjardins.